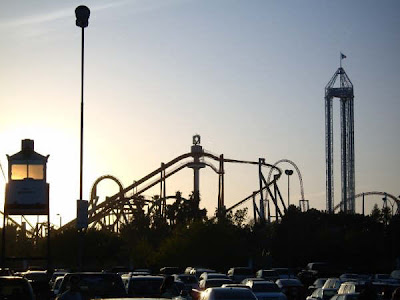 New Welsh Review 83 will be published in early March and will feature Tom Anderson on La-La Land and the Culture of Impulse, Jane MacNamee on the life and work of Eiluned Lewis, Judy Kendall on Edward Thomas and John Sam Jones on gay literature. In our opinion and comment pages, David Adams considers the death of theatre criticism in Wales and Robert Minhinnick considers his latest work-in-progress, In Goliath's Country.

It's a hard knock life

Peter Finch, in a recent Insider column for The Western Mail, writes an interesting and witty piece on that relentless triumph of hope over experience: the literary magazine.

The literary magazine scene has always been fraught with difficulty and financial crisis – across the UK and Ireland. For the majority of small magazines, privately run in someone’s front room and without subsidy, the mortality rate is beyond high. For those with subsidy, nothing can be taken for granted any longer. We’re in a recession. Belts must and will be tightened. It will be enough to break many magazines.

If only the number of unsolicited submissions to small magazines were reflected in the sales and subscriptions. Thousands, it would seem, want to appear in magazines. But, strangely, many don’t want to buy them and read them. Certain writers overlook an indisputable truth: that you really do have to be in(to) it to win it. Submitting without an evidenced knowledge of the magazine limits the chances of success to almost non-existent. And if you want an audience for your work you have to play a part in supporting the magazines that first connect you with such. It’s a cooperative, you might say.

The e-zine scene hasn’t yet taken off – having so many of the problems of the smaller print magazines in attracting leading writers who quite rightly want payment, credibility and cachet. It will eventually, however, as much of our current print experience moves online over the next five to ten years – in tandem with advertising, and enhanced and cheaper mobile technologies.

Life online, in 2019, despite cost savings on print, won’t be any easier for the magazine seeking a wide, engaged audience or those committed stewards who edit and promote them, who believe – as they should – that magazines shape and drive the future of a literature, however subtle or unattributed that can sometimes seem. Yet the small magazine will continue to come - and go. Reanimation has always been the chief characteristic of the scene. Mags will still be around to take the risks, to push the boundaries, to get it wrong and sometimes get it so right.

Tough times are indeed ahead. But necessity is the mother of invention. And invention – and re-invention – is what it’s all about.
Posted by Kathryn Gray at 18:19 No comments: